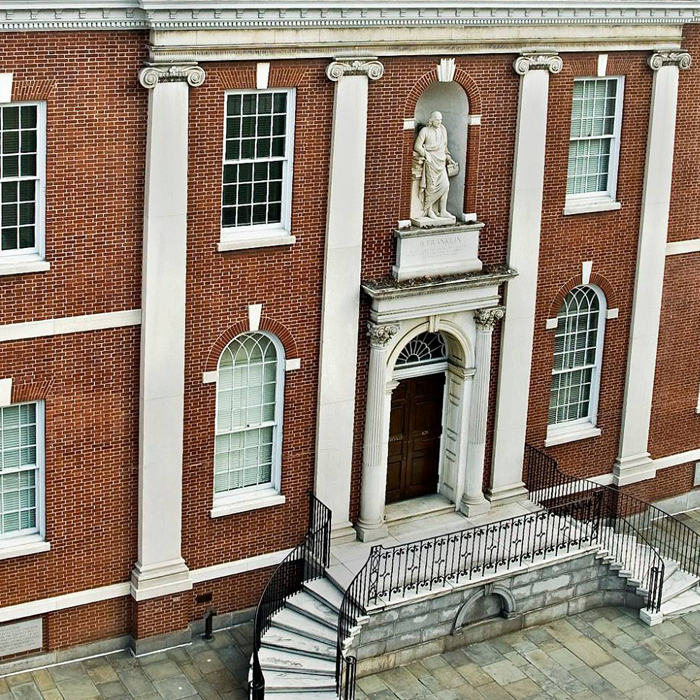 It was a no-brainer. It was exactly what we were looking for.

The Savance technicians were extremely helpful, and very easy to deal with, they worked with us every step of the way to make sure our needs were met.

Our first fire drill following the implementation was 100% accurate

The American Philosophical Society (APS) houses rare, valuable antiquities and research materials at its facility in Philadelphia. Located adjacent to several historical sites, including the Betsy Ross House and the Liberty Bell, the APS has a great deal of interest in security. 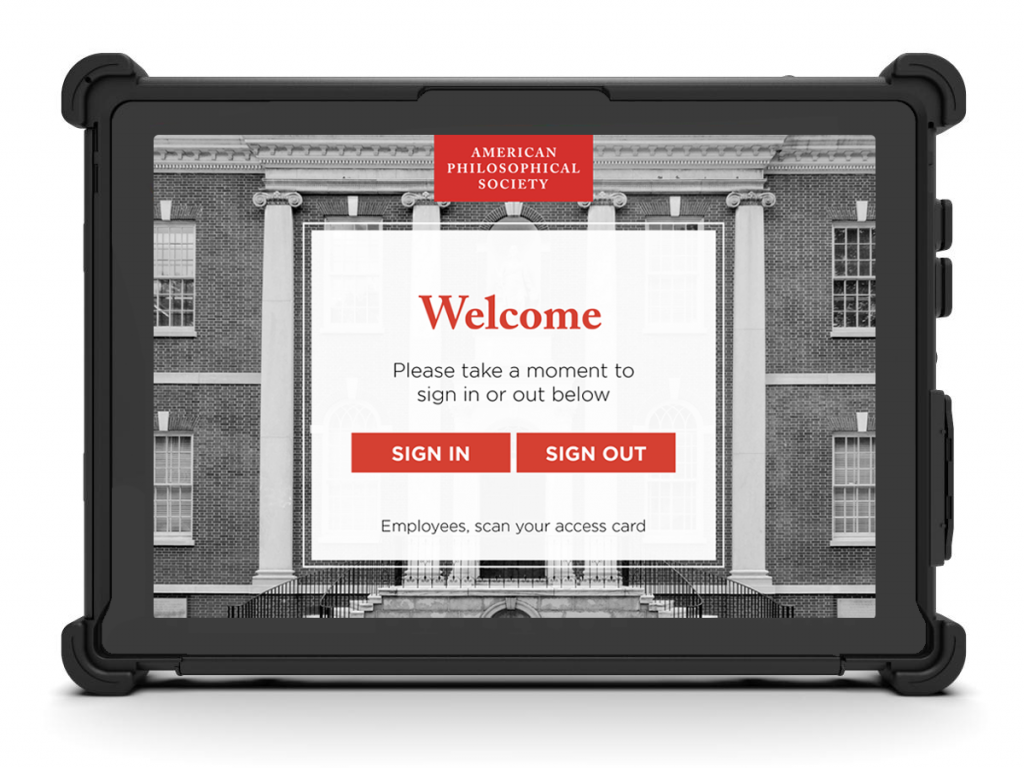 “After the 2001 terrorist attacks in New York and Washington, we were admittedly nervous,” says Richard Shrake, IT Officer at the American Philosophical Society. Shrake wanted to find a fail-safe method to manage emergency evacuations and to account for every person in the building in crisis situations, including employees, guests, and researchers. In 2006, the organization underwent extensive renovations, including enhancing its security measures. It was then that the APS discovered Savance EIOBoard.

The American Philosophical Society sought an automated solution that could account for every person in the building in real-time, without needing manual maintenance by the organization’s staff. “Our fear was that a system requiring regular updates would quickly go by the wayside, due to the fact that emergencies here are uncommon,” explains Shrake. A simple Google search led Shrake to Savance. Shrake quickly realized that Savance’s Electronic In Out Board provided both the ease-of-use as well as the comprehensive employee tracking functionality they needed. And the more he researched, the more the Savance solution fit his needs. “It was a no-brainer,” says Shrake. “It was exactly what we were looking for.”

The American Philosophical Society initially purchased EIOBoard with two tablet-based touch-screen kiosks. The kiosk software allows the Electronic In Out Board to be updated with different access devices, including card readers, fingerprint scanners, and touch-screen controls. APS also chose a prox card reader so employees did not have to update EIOBoard using the kiosk. “We wanted people to get into the habit of swiping their cards, so we didn’t want people checking in and out from their desk or a kiosk,” Shrake explains. Using the tablet, Shrake could take roll call to account for everyone whose status shows that they were in the building during an emergency – from any location.

While the EIOBoard application quickly became a vital component in APS’s enhanced security, the organization found that the system required some customization to meet its evolving needs. “One modification we needed was the ability to allow guests to use the kiosk to log themselves in and out,” Shrake explains. “Moreover, we wanted to be able to save this information for reporting purposes. This would allow us to estimate how many guests are in the building at any given time.” Savance accommodated Shrake’s request by downloading guest data to a file for retrieval purposes. The benefits of this customization were immediate – and immediately measurable. “Our first fire drill following the implementation was 100% accurate,” Shrake states. Based on this early modification of the EIOBoard software, along with others that were similar, Savance has since developed Savance Visitor Management, a custom-branded and fully customizable electronic visitor management system. 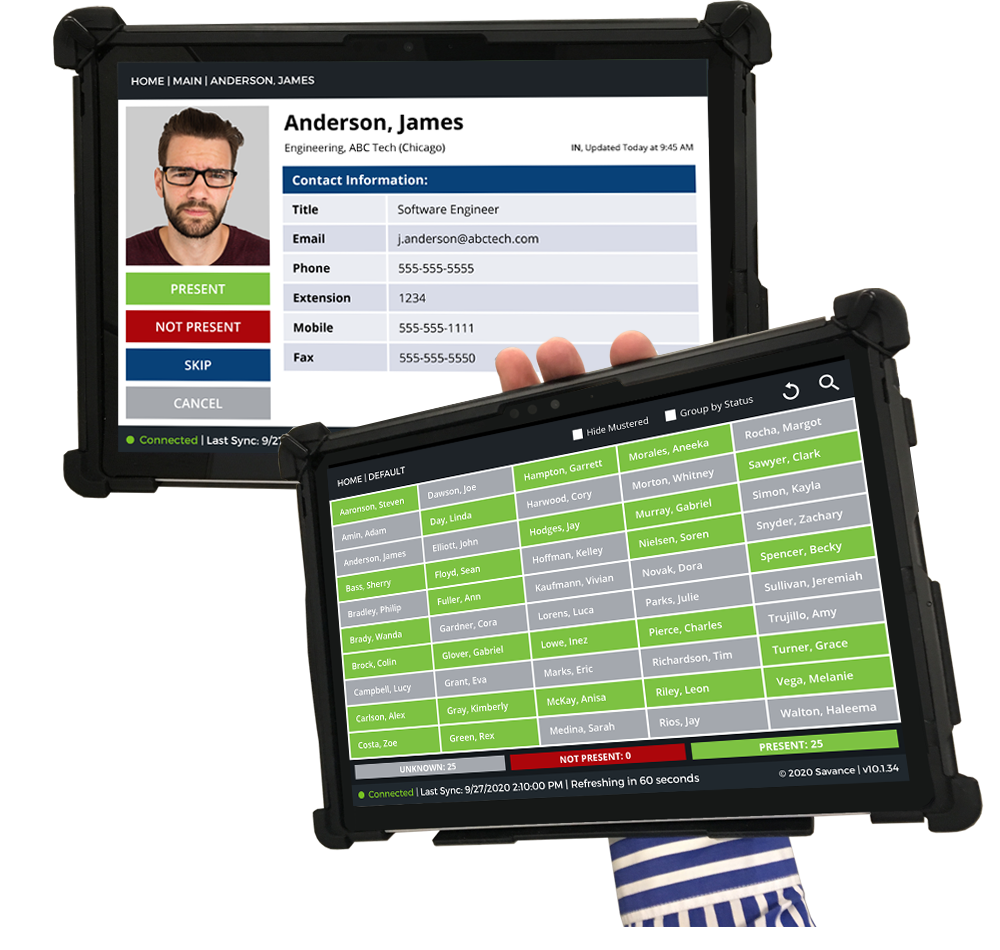 Another larger issue requiring customization was with the tablet itself. While the tablets were indeed mobile, Shrake knew that the device would likely go offline in an emergency, particularly if the building’s computer system was compromised. APS needed the tablet’s software to automatically go offline in the event of an emergency. After a discussion with Savance’s technical team, the two organizations worked on a collaboration which lead to the development of an offline version of the Savance software that would still function if the network was down. This way, in an emergency, the safety officer had the most recent record of all personnel and staff in the building and could use that to verify that everyone exited the building safely. The offline system has since been developed further, and is now a part of the Savance Emergency Mustering solution.

The American Philosophical Society is very happy with both the Savance system as a whole, and with the assistance and technical support they have received from Savance. “The Savance technicians were extremely helpful, and very easy to deal with,” Shrake concludes. “They worked with us every step of the way – from our initial implementation to our multiple customizations – to make sure our needs were met. And the EIOBoard interface definitely gives us more peace of mind. We’re very happy with our Savance solution.”