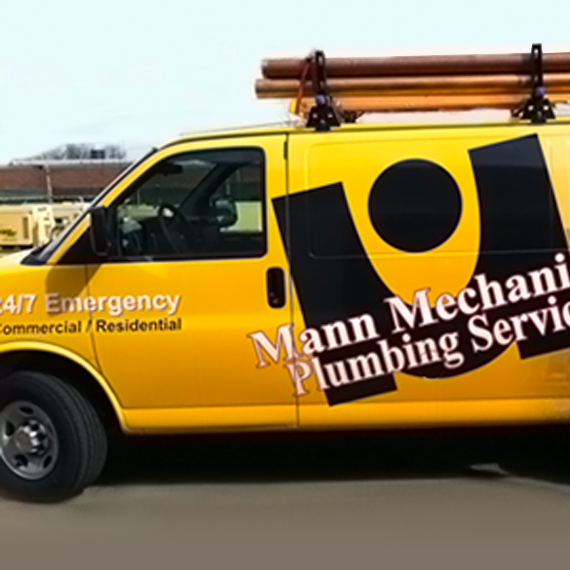 Best money we ever spent!

Whoever developed this product is a also user, you can tell.

If I need to get in touch with you, I need to know where you are

In 2007, Phil Feibish, IT consultant for Mann Mechanical Company, knew the company needed a better way to keep track of employees. It all started when the president of MMC, Marty Mann, decreed to all office employees: “If I need to get in touch with you, I need to know where you are.”

“That was the number one reason for it,” said Feibish. In a construction company, employees could be scattered, even with just one office building. “There were people working on-site, working from home…on any given day, we could have people in six different locations.” Additionally, with several concurrent projects in process, managers, schedulers and support staff needed to collaborate more effectively while out of the office using some sort of universal sign in out board.

For a while, MMC tried using a paper log-in book created in Excel. The logbook would be kept at a centrally-located desk. Employees would write down when they were leaving, where they were going, and when they expected to return. “It was useless,” said Feibish. “Every day, someone would flip the page, and when the book was full, the papers would get thrown in a box and nothing was done with them.”

Feibish wanted to get rid of the paper logbook, but Mann Mechanical still needed a way keep track of office employees. They considered several options. “We considered a homemade solution…and some shareware options,” said Feibish, but he wanted an in out board software that came with service and technical support long-term.

Finally, MMC discovered Savance online, and the Savance Workplace line of products was just what MMC was looking for: professionally-developed products from a company that would be around to provide continued support. With Savance EIOBoard , an electronic employee in out board, employees would have an electronic status system, and employees would be able to sign in and out from multiple locations. “I can go to any computer anywhere, and it’s available,” says Feibish.

After reviewing the needs of Mann Mechanical Company, Savance recommended that the company install a customer-hosted version of EIOBoard, rather than a cloud-based version. This way, employees could log into EIOBoard and change their in/out status from the company’s Intranet or from their desktop, which was one of MMC’s wishes. The customer-hosted interface offers the same functionality as the cloud-based version; however, as the database resides on MMC’s server, MMC is responsible for data backup and upgrades. MMC’s employee directory automatically integrates with EIOBoard’s records in real-time.

In order for employees to have an additional option for accessing the electronic in out board, Mann Mechanical also installed software for use with a touch-screen kiosk at the front entrance. Now employees could change their in/out status from their office computers, the Internet/Intranet, or the kiosk at the front desk. The kiosk quickly became Mann’s favorite part of the solution from Savance. If the employee did not have access to a desktop computer, or neglected to log themselves out, they or the receptionist could use the kiosk to do so. “Best money we ever spent,” said Mann.

Many employees have also downloaded the EIOBoard iOS app so they could can their status using their mobile device. The iPhone/iPad app works on most web-enabled Apple mobile devices. Users can update their status, send text notes and private messages, view the statuses of other employees, and look up contact information for other users. This additional access point is especially important for employees that do most of their work on the go and use an iPad instead of a computer for daily tasks.

In order for EIOBoard to fit Mann Mechanical’s need perfectly, a few modifications were made to the software. Customization is always an option when working with Savance. In MMC’s case, the first modification was to require users to update the comment field when changing their status, indicating where they were going. Because the original goal was for Marty Mann to know where everyone was, Savance’s programmers wrote code that required users to enter a comment before the system would accept a status update. Another modification was an “automatic reset.” When employees left the office for more than a day, the system would automatically reset the person’s start time to the next business day. A final custom modification was to add a column to the Status View in each of the interfaces (Kiosk, Application, and Outlook) to show when the user last updated their status. This allowed others to see how long an employee had been at one location.

At the time of this case study, after almost six years of using the system, MMC users, management, and IT staff are all thrilled with the product. Its seamless integration required little or no buy-in from employees, who were glad not to log their status on paper anymore. Now, with the employee electronic in out board, they have the freedom to work from anywhere without having to call in during the day to report their whereabouts. President Marty Mann is happy too, because he instantly knows where everyone is, by looking at EIOBoard, which is up and running all the time. Feibish reports that EIOBoard is maintenance-free and the support is top-rate, always a plus for the IT department. “It’s off my radar,” says Feibish, “and that’s a good thing for IT.” Feibish continues, “Whoever developed this product is also a user, you can tell.”