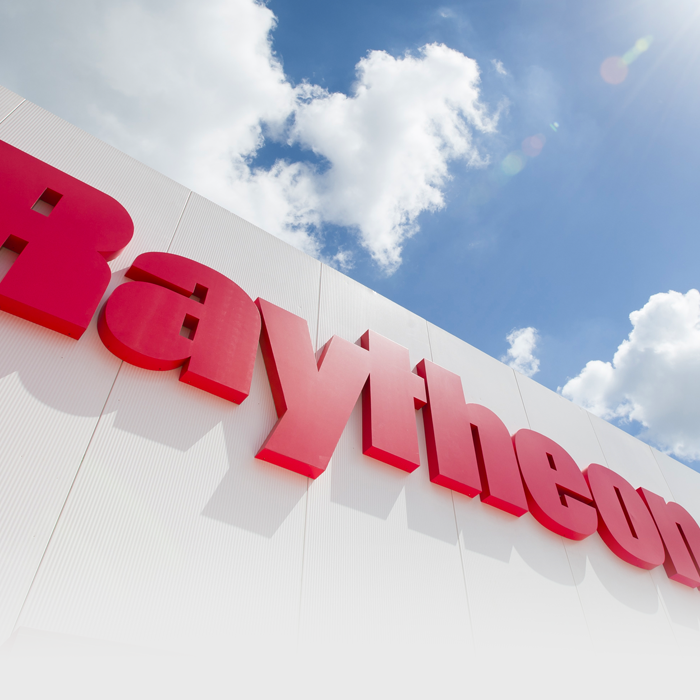 Emergency Preparedness for a Leader in Security & Defense

Emergency Preparedness for a Leader in Security & Defense

Once everything was in place, managers and admins had complete security and visibility of every employee and area in the building.

Raytheon is one of the most admired defense and aerospace companies in the world with a history of innovation spanning 90+ years. The company employs over 68,000 employees worldwide and grossed $24 billion in sales in 2012. The company specializes in defense, security, and civil markets and provides state-of-the-art electronics, mission systems integration and communications and intelligence systems; as well as a broad range of mission support services.

Raytheon saw a major flaw in their security. They were allowing unauthorized users to access secure areas without any security measures. Raytheon, being a major defense contractor, needed to keep certain information confidential and secure without allowing anyone to have access to it. Another major concern was their inability to track their employees during during an emergency situation: fire, earthquake, flood, terrorism, etc.

Mary Beth Wasmer at Raytheon in Maryland explained what the company needed: “We are looking for a solution for digital headcount for emergency evacuation. We are interested in a wall-mount touch screen and badge swipe input, windows mobile devices for headcount personnel, server software, and client application licenses.”

After discussing their needs with Savance, Raytheon chose to improve accountability and security using Savance Emergency Mustering with integrated access control. This combined solution will help them when it comes to both emergency situations, and when it comes to overall security, providing up-to-date information of the location and status of everyone in the building. Savance Emergency Mustering will allow admin, during an emergency, to view the location and status of every employee, without requiring a constant connection to the Savance system. Combining that with access control integration allows for improved security, letting only certain people access secure areas. It also allowed Raytheon to see who accesses what area and when. Thanks to its ability to use existing hardware, Savance was able to leverage Raytheon’s current badge readers to communicate with the Savance Workplace system.

First, Savance addressed Raytheon’s need for controlling the location and movement of employees entering and exiting areas of the building. Savance installed door controllers on several of the doors, so when staff badge in and out, their statuses and locations are tracked in real-time with the system, using using Raytheon’s existing hardware. In order to do so, wall mounted PC and HID modules were installed, converting Raytheon’s existing HID card readers to work with the Savance system. This way, the company did not have to purchase new HID Card readers.

Savance also installed several card readers in areas that were lacking security measures, and where access control was a problem. Since Savance’s initial installation, several touch screen kiosks have also been installed, allowing employees to easily access the system, see someone’s status, send a message, or check in or out.

Furthermore, Savance addressed Raytheon’s lack of emergency preparedness. Prior to implementing Savance Emergency Mustering, Raytheon was not able to know where employees were during a potential evacuation. As part of the implementation process, Savance configured several tablets so managers could simply grab the tablet during an evacuation, and quickly see the status and location of every employee. Employee information is continuously downloaded at certain intervals to the tablet, so that the device works even when not connected to the Savance system.

Once everything was in place, managers and admins at Raytheon had complete security and visibility of every employee and area of the building. They can now give access to certain users, restrict access for others, control door locks, and more. Every time a user swipes their badge, the system records and displays the status and location of the user in real-time on the Savance status board as well as on the Emergency Mustering tablets.